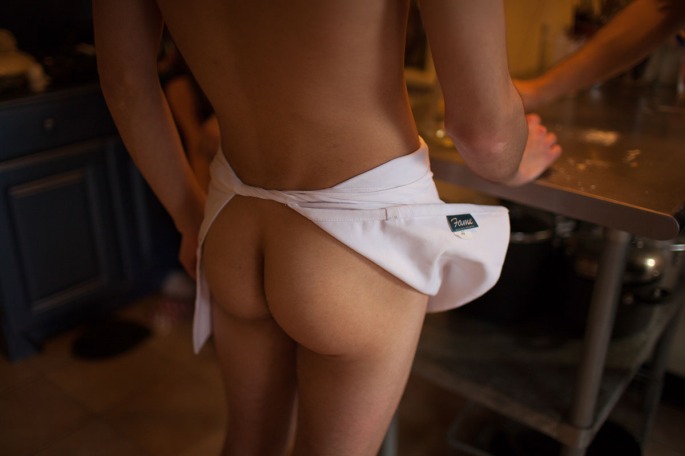 Hey folks. Here’s another episode of Tuesdays With Woody. In this episode, Shaun ‘raw dogs’ a stripper from Detroit. Woody and Michael tease mercilessly. Have a look! 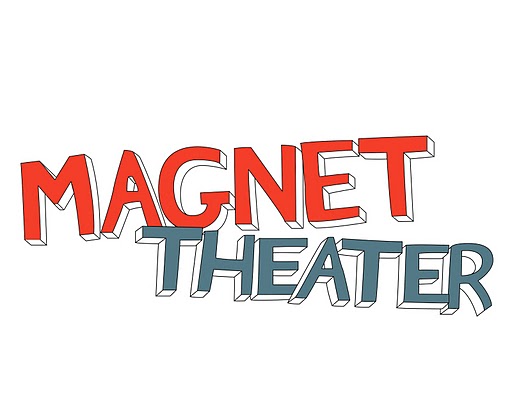 Here’s a video a few of my friends from The Magnet Theater made. It’s super funny.

Have a good weekend! 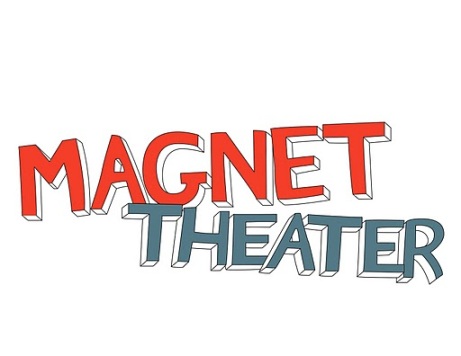 It’s Friday, which means it’s time for The Made Up Musical. Every week I do a show at The Magnet at 10pm.

We interview a ‘notable New Yorker’ for about 20 minutes.  Then we do a musical based on that information.

This week’s New Yorker is Giulia Rozzi. She’s an incredible storyteller and comic. She’s also a hell of a feminist. Most recently her career has taken off, because of a show she does around the country called Stripped Stories.

“This themed night of hilarious sex stories has been playing monthly to sold-out audiences since it first began in January 2007. With guests spanning from award winning comedians to regular folks who have never set foot on a stage, Stripped Stories pleases both critics and audience members alike.  Each month Giulia and Margot enable audience members to laugh at their own sexual misadventures via the brave guests who bare their souls on stage. With rave reviews from Time Out NY, The Village Voice, Nerve.com and many others, Stripped Stories has become a must see comedy event. The show has been honored with an ECNY nomination for Best Variety Show and was selected to be part of the prestigious NY Comedy Festival. Each show features a comedian, a non-comedian, and a musical act revealing hysterically honest stories about their sex lives plus an interactive jaw-dropping game of “never-have-I-ever” and an audience interview.”

Giulia is a friend of mine from way back. The show’s only 7 bucks. We’ll all hang out afterward and grab a beer with the audience.

Should be fun. 10 pm. Magnet. Every Friday. The Made Up Musical. 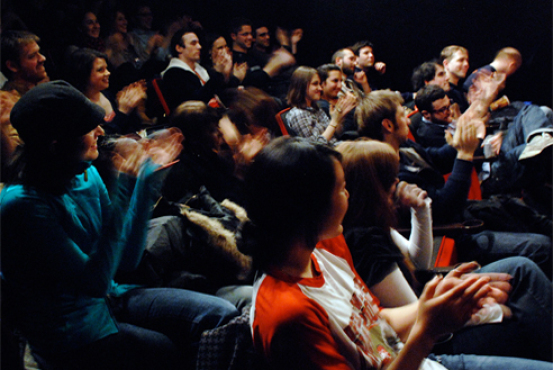 I directed a show at The Magnet Theater.

It’s part of the Director’s Series. Once a month they ask a seasoned comic to direct a show on Thursday nights. December is going to be my month. Shows will be tonight, the 13th and the 27th. Tickets are 7 dollars.

Here’s some pretentious shit I pulled out of my ass for the Magnet blog:

“Rather than doing an improvised musical, we’re doing a musical that is improvised. This means that we’re going for compelling stories with high stakes emotional conflicts to underwrite our funny moments. Audiences should expect a wild ride. Certainly there will be laughter. Possibly there will be tears, and definitely one actor will be in the driver’s seat calling the shots for a completely realized musical narrative.”

What an asshole, right? At least the cast is good. Not only are they hilarious (duh, I taught them) but they’re all damn good actors. Come check it out. I’m proud of the work we did. Jerks. 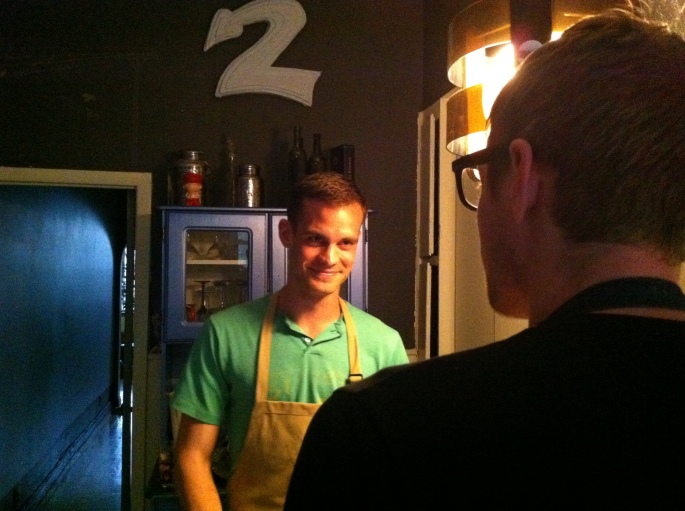 Her: But he always does that. Haven’t you noticed?

Her: Won’t say yes to your idea. His is always better. You haven’t noticed that? He has NO RESPECT for the work.  We’re trying to improvise a show here! Doesn’t he? I mean… Fucker. I know he hates me.

Me: Of course he hates you.

Her: What’s that supposed to mean?

Me: Nothing.  He’s Kyle’s best friend. He thinks you’re the devil. You can see that, right?

Me: Let’s just get ready for this show. Huh? He’s funny. You’re funny. No bigs, right? Let’s change the subject.

Her: Let’s go into this grocery store.

Me: Why? Do you need something?

Her: I’m a little hungry. We’ve got 20 minutes to kill before we warm up. Come on.

(we enter the store)

Her: Ooh! Look at this. Marshmallows! Yummy right? Pretty. Don’t you want to eat them?

Me: I’m full, but you should get some if you’re hungry.

Her: No. They’re made of cow hooves. I just remembered. Don’t you think he’s a little bit of a steamroller? I mean, he just powers through scenes. There’s no subtlety.

Me: He’s a big player. He plays big. What do you want? He’s fucking hilarious.

Her: See. That’s what bugs me. He gets rewarded for doing bad improv. He doesn’t support. Oooh! Look at this melon.

Me: It’s a watermelon.

Her: But doesn’t it look great? He’s a dick.

Me: He’s not a dick. You can’t buy a whole watermelon right before we do a show.

Me: You won’t be able to cut it open. He’s just super aggressive with his moves and so are you. It can cause friction.

Her: I’m not aggressive!

Me: You are. It’s a good thing, remember?

Me: Yes. You’re aggressive. We all have our shows where we’re barreling through. I have to remind myself to slow down. What about a granola bar?

Her: I don’t want a granola bar – ooooh, look at these pickles! They look so good!

Me: When did pickles become 11 dollars?

Me: They’re cucumbers.  Are you hungry or what?

Me: Jeez. I dunno, Ellen. I guess because every time you’re stressed out over a show you take me to a grocery store and look at food items you don’t purchase.

Her: Is that weird?

Me: A little. I mean, especially knowing you had an issue with anorexia.

Her: I usually eat some bread and cheese in the morning to make sure I have some protein inside me.

Me: That’s not reassuring. I’m sorry to tell you this, but yes, we’re all aggressive sometimes. And yes, Carl hates you. You broke his best friend’s heart. You had an affair with one actor in the show, and then you had an affair with another, and you expect everyone to just get along, when both men loved you.

Her: I LOVED THEM TOO. I’m not a monster in all this!

Me: I’m not saying you’re a monster. I’m saying, people can’t always put their feelings aside and do the show.

Her: YES. I’m a professional. He’s not. I’m only aggressive in scenes with him!

Me: That’s not true, but even if it was – how is that you putting your feelings aside?!

Her: He hates women! He doesn’t do that with you, does he? He can’t stand an assertive woman improviser, that’s what it is.

Me: That might be part of it. You’re aggressive onstage.

Me: AGGRESSIVE. And yes. Comedy is full of immature boys that condescend to women. Please don’t start crying. We have to do a show in ten minutes. Come on. Let’s go.

Her: (still crying) Why does everyone hate me? 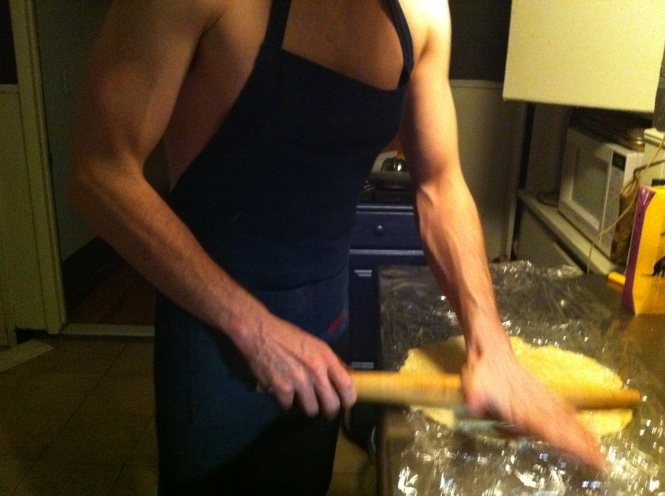 Her: How do I know you’re not just saying that because we’re going onstage right now?

Me: I’m sorry I brought this up at the wrong time. I was a jerk for doing that. Will you eat something?