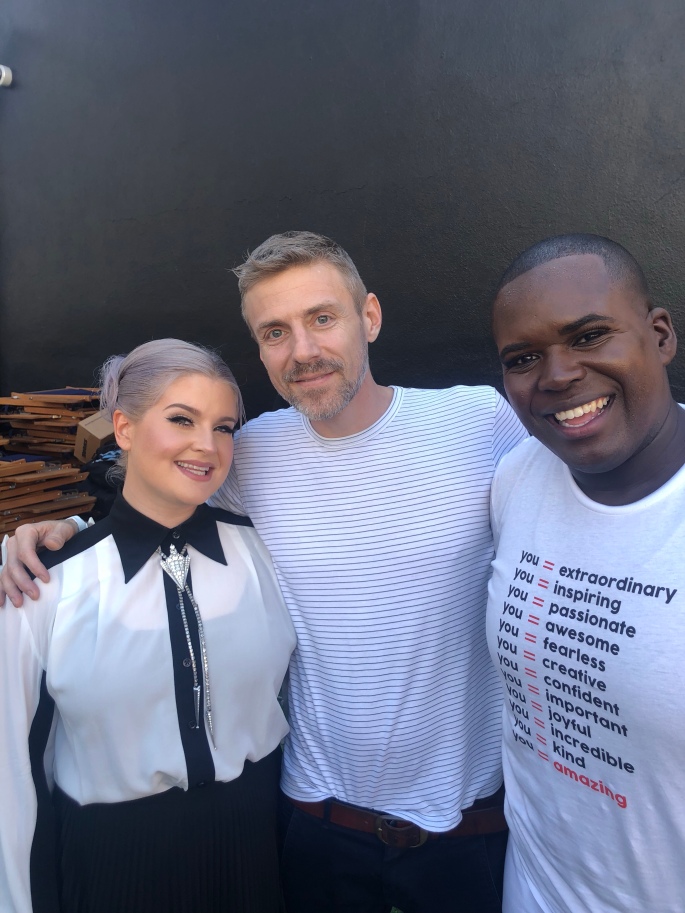 Breaking the Silence Awards recognizes corporations and leaders who use their platform of influence to advocate for Sexual & Domestic Abuse awareness. Since the inception, the I Love Me Foundation has provided supportive services through legal referral assistance, advocate support, financial aid, employment referral and housing assistance to over 1,500 youth, young adults, sex workers, and those in the under-served communities.

Yes, that’s Kelly Osbourne and Robert Harrell – get excited! But also, please keep your cool. It’s Los Angeles and chill is what we do best, even in the heat of the day. Make no mistake… 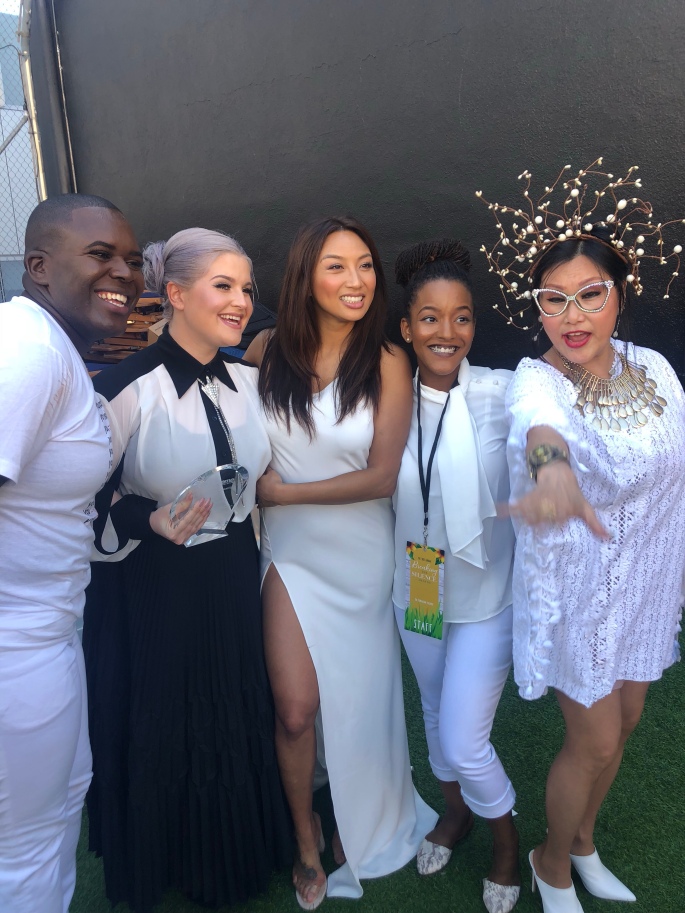 The day wasn’t without its lively moments. Yes, we talked about abuse, survival, disenfranchised communities – all things liberals love to talk about! We also had a blast. It was a celebration of #MeToo, #TimesUp, and the transgender communities and communities of color that support their struggle. 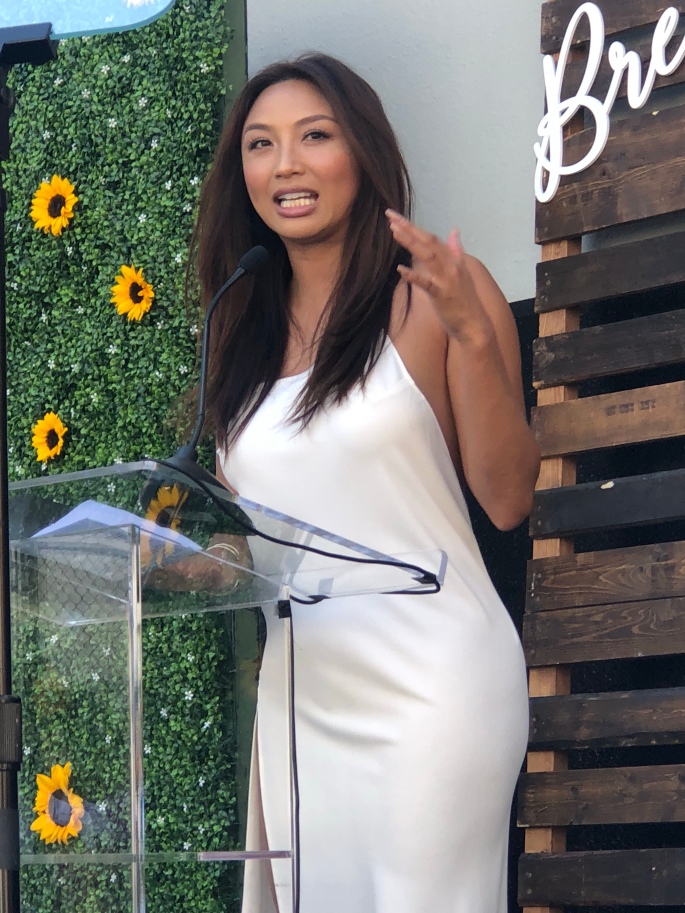 It was about female empowerment, humanity, and rejoicing in our ability to tell the truth, so that when the artifice falls away, and we take the narrative back from our abusers, we reveal a truer version of ourselves, which is a boon to our loved ones, to the communities that support us. It was a celebration. 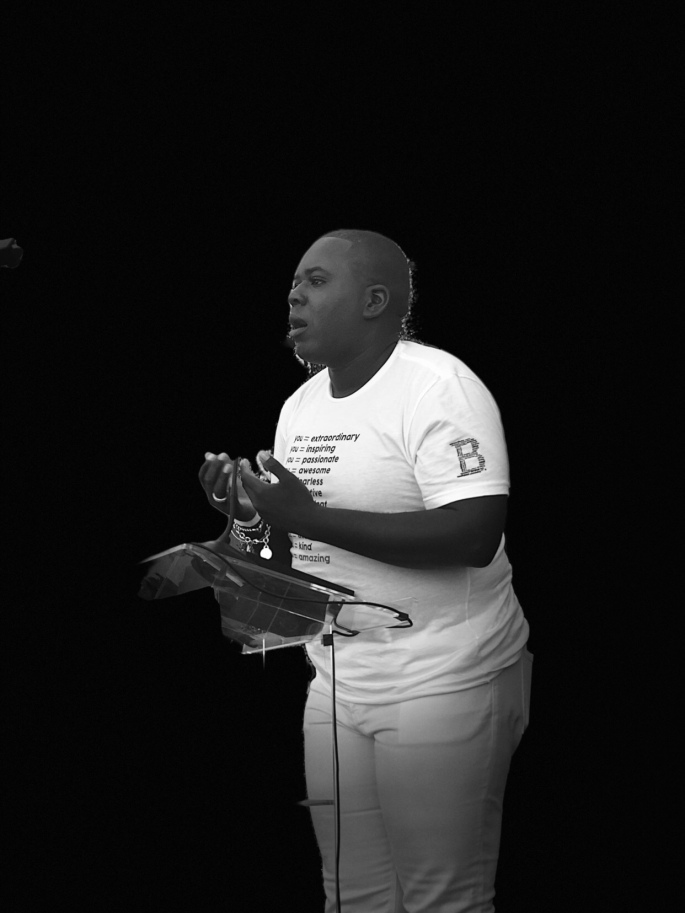 Robert spoke with a tremble in his voice, but a power in his spirit – about how inspired he is with his mother. About how 90% of rapes aren’t reported the first time. How, when he came to her as a boy with his story of abuse, she believed him the first time. He honored her with the Purple Heart Award, and she beamed! She was so proud of her son! He was so proud of her! It was quite amazing to watch.

I teared up, myself, during this part. Something about him emphasizing the first time struck me as incredibly powerful. I certainly wish, when I came forward with my own abuse story, people would have believed me the first time. He made an important point – we have got to retrain ourselves as a society, to stop doing the abuser’s work for them. To stop minimizing, to stop shoving people into “victim” boxes, when what they are doing is actually heroic. 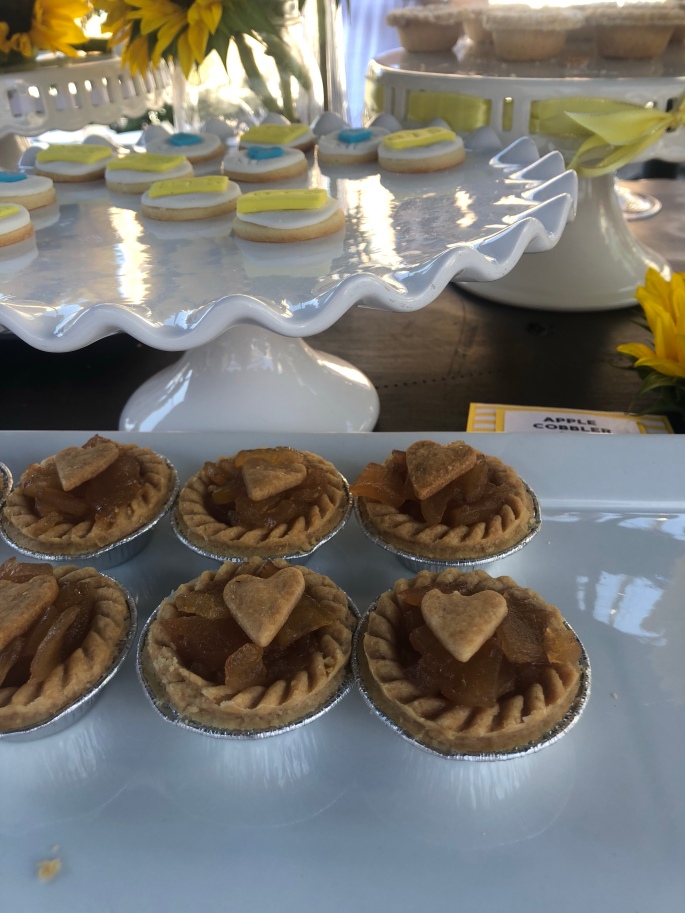 I was impressed with the desserts. The food was all fantastic, and Chaz Dean was the main sponsor. He looked sleek and stylish and his table was extremely well groomed – don’t worry. 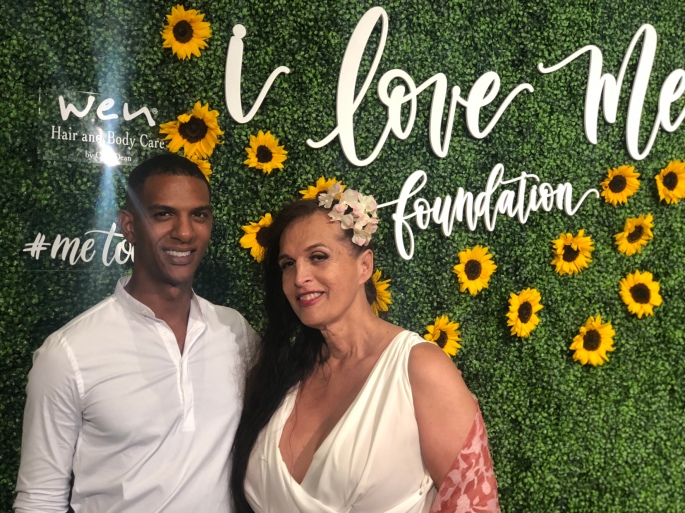 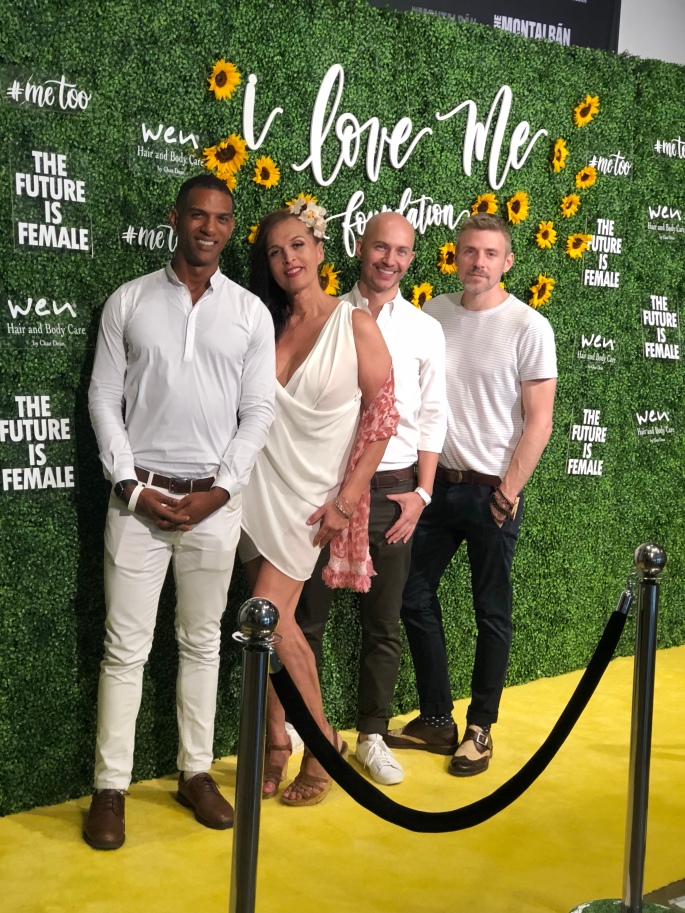 Alexander from West Hollywood Gateway, with Desireé, and my date, Steven Reigns. 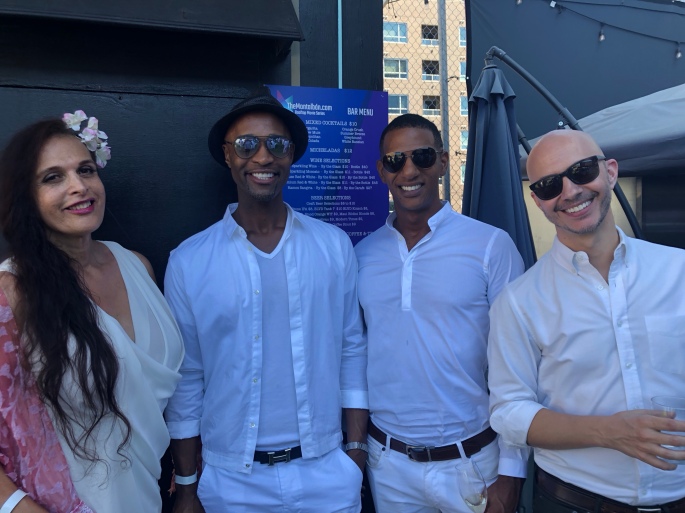 Steven was named Poet Laureate of West Hollywood. It’s true! Okay, I’ll stop bragging about Steven. I was flattered he asked me. It felt like getting asked to prom. I spent last week walking on a cloud!

I was grateful, but my absolute favorite part of the day was watching 80 year old California Representative, Congresswoman Maxine Waters speak with the exuberance and stamina of a much younger person. She speaks with the clear, strong voice of someone who knows she is exactly where the universe wants her to be, because, in part, she bent the universe to her will, by climbing over, tunneling under, or going around any walls her opponents put in her path.

We were lucky enough to walk the five flights of stairs right behind Maxine. We weren’t too thrilled with the no-elevator-situation, but Maxine didn’t care. She may have mentioned getting some exercise in, but she was unflappable and determined, and by the time we reached the top floor we were all joking about what an incredible photo-op it would be, if next time the Congresswoman jet-packed in with Elon Musk. She has a sense of humor, but by the end of her speech, she made a metaphor about how, if she could take the stairs in life, the rest of us could, too. It’s fifteen minutes long, but she doesn’t stop to rest, and she doesn’t let up on the abusers. She is determined to see abusers like Brett Kavanaugh prosecuted for their crimes, and she is still determined to see the impeachment of this illegitimate, corrupt, racist dog-whistle blowing Presidential administration. She, among all politicians, is the only one who makes me want to stay and fight, and not emigrate to Europe. I can’t help it, there’s a 14 year old gay boy inside me that just loves her. She can do no wrong, in my eyes.

I’m incredibly grateful for the day, and for the reminder that yes, I love me.

Thanks, everyone! I love you all, too! 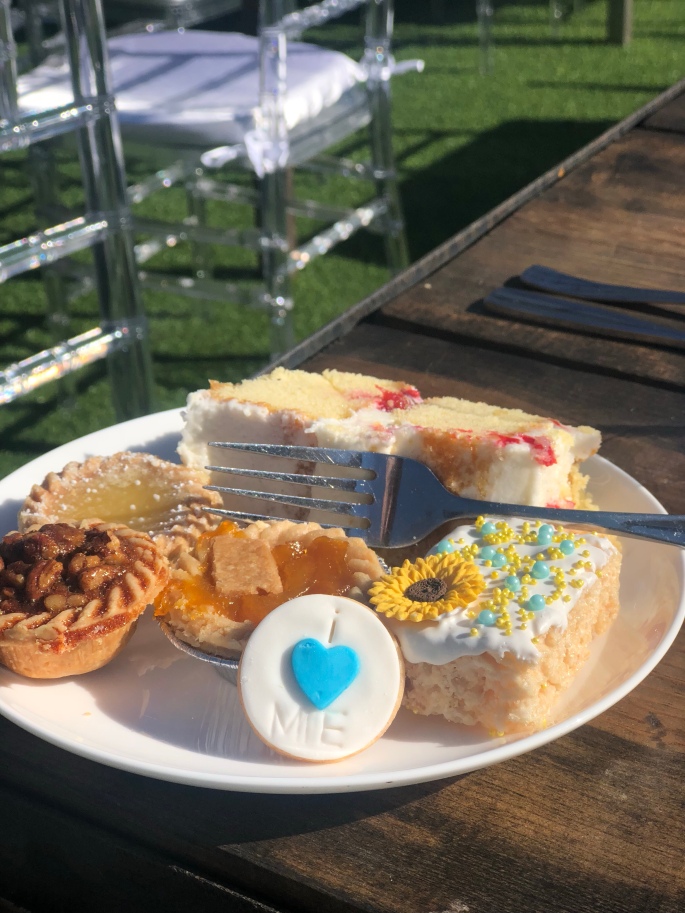