It’s me. You know the kid who loves the fact that you are Lord Voldemort. I would never thought I’ll be writing to you to ask for advices. But perhaps deep inside, I really wanted to (I love reading your advices column. Filled with cold reality and harsh truth). Now that there is something dark in my life, I think being the dark lord, you can handle some darkness for a few minutes.
I really don’t expect you to post it on your blog or even reply (too long and overly dramatic). However, it would be amazing if you do either. I have talked to peoples about it. But for a good reason, I just really want to hear your take on it. 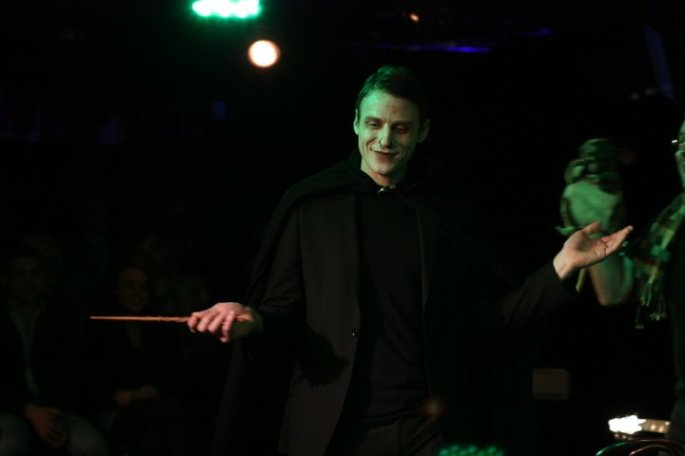 So here goes nothing: pardon the grammar.
About 2+ months ago, a guy messaged me on Dlist. He was coming to my hometown for a job and he would like to meet some peoples before he came here. Not bad looking & a musician/teacher (my kind of dream guy), so I messaged him back. Back and forth we messaged each others, until randomly he added me on facebook. From there, we began to message each others like crazy. Lot of anticipations and building ups from him. & of course, why not play along, he is cute after all & I always like meeting new peoples.Finally he moved to my hometown for a week in order to get his life situated before he goes to LA for a month for further job training. During the week he was in my hometown, we went on dates and he being very charming, I felt for him. On the last night, we went out. When he kissed me, I felt something genuine. & So I went back to his place (which I rarely do, I’m a prude sort of). It was a nice time. So he left for LA.

While he was in LA, we continued to talk. Realizing that he was probably under a lot of pressure, I kept our conversations light and supportive. I never really push further on what happened before he left or relationship talk. But gradually the conversation turned into a lot of hypes and anticipations from him for him to come back. “I can’t wait to see you.” “When I get back, we have to hang out a lot.” “I can’t wait to cuddle with you.” & me being in la la land and a pisces, I fed on that anticipations and thought that we are heading toward a relationship when he gets back.Finally he returned & for the first two days/nights, we hung out. cuddled *no sex. went grocery shopping. went to target. you know… cute things like that. I did text him to see if he wants to hang out. & always, he would return agreeing that I should come over. However, on the third day, I asked him if it is ok for me to come over. He said he was busy… eventually… every days the same things happen again and again.

Feeling a bit abandoned and confused, I finally asked him what is going on. He said that throughout the week I was pressuring him. Furthermore, he can’t do anything further since he just permanently moved in town. I need my own space and time, said he.  Of course, being me, I bended backward and apologized for pressuring him. *even though I honestly don’t think I did. Being flirtatious is not pressuring, right?Anyway, so we talked it out and both decided that it was best we should be friends, for now. However, I also stressed the point to him that I like him. Then it started to turn really sour…

1. I find his grindr profile. status: single; looking for: dates etc. & when ever I strike a conversation with him on Grindr, he would never respond. #pleasant
2. He became really unresponsive when I strike a conversation either through phone or facebook etc.
3. He began to blame that everything I say are offensive to him. & there are the silent treatments if I did that.
3a. It got really bad to the point he called me a stalker. I was asking him where he is teaching? He asked why I want to know. I said that I was curious. Then he called me a stalker. (backtrack: when things were pleasant: he not only told me the names of the elementary schools he was suppose to teach. But also freaking pulled up the schools on google map and showed them to me. Like really, if I want to stalk back then… it would have been really easy.)
4. So I thought being a good friend, I should invite him to some of my friend’s get together. After all, he is new in town. Might as well be inclusive. Well who would have thought:
4a. During dinner, a friend asked where he is teaching. The answer spurted out of this mouth like an erection popping out of his pant. Homegurl was eager to tell. & my goodness, no stalker tendencies for my friends. (Being called a stalker was really offensive to me. Not so much the word stalker. But the fact that he didn’t trust me.)
4b. Throughout the night, he was seriously flirting with one of my friends. Get all touchy feely. Buying him stuffs in front of me. #BitchSlapOnMyFace Sure I was quite jealous because after all I still have strong feelings for him. But, what bothered me the most is that he has no regard for my feelings. No respect for me – even as a friend.

How I feel? terrible of course. It is incredibly hard for me to give myself up completely when I like someone. & I really felt hard for this guy. He is charming. Amazing voice. Smart. Creative. A happy medium between masculine and feminine, & there is something I really like about him that I can’t put a finger on it. (don’t let me start with bad qualities… lol jk)… A lot of things I look for in a man. & I gave my trust to him. & well… I guessed he didn’t care. I feel like a loser really, quite pathetic. I purposely stayed here for him. What’s worst, I turned down a job offer in DC because of him.

– He did say I really want you to be here when I come back before he left for LA. I also turned down a lot of offers for dates when he was away. #beingfateful There are a lot more I can say. But I will refrain. Overall, just know that I feel used, vulnerable, and miserable.What do I want to do? honestly, I just want to pack and leave. But not possible. (praying for that DC job to contact me in September – a linger of hope). I am not sure that I can be a friend with someone who clearly is pushing me away at all levels. I am not asking him to be a bf. Probably not possible anymore. He probably already made up his mind. I just want him to be a good friend as I have always been since the beginning.Questions for you: what should I do?

I know. That was long. But thank you for reading. Again, no obligation or anything to respond. Just want to share.
You have a great day Michael!
🙂
PS: keep taking pictures
Phinnaeus

Hey Phinn,
Wow.  That was a long letter.  I really can’t stand this guy. I’m really annoyed by him.
Okay, first of all – you’re a very sensitive, sweet, beautiful man.  You don’t deserve this type of treatment.  My first issue with him is that he encouraged you to be affectionate with him, and then acted like you were a stalker for wanting to grow closer to him.  It might be true that you attempted to contact him too often, but rather than ignore contact, the adult thing to do is to communicate frustration.
Calling you a stalker and then using your connections to make new friends in a small town also raises a red flag with me.  It sound pretty sociopathic, opportunistic, cunning, cold-blooded.  All that stuff.  Fine if he wants to drag you through an emotional turmoil, but then to turn around and use your social circle to get new dates is pretty rotten.

You say you want to get away?  I say that’s a pretty good idea.  If you’re done with this town anyway why not focus all your energy on getting out?  Better than getting to know your new best friend, the user.
I really don’t like this guy, Phinn.  Sure it might be annoying when someone has a crush on you and they call you too often, but you don’t belittle them and then seduce their friends.  I think you should seize control of the situation, quietly and with dignity.  YOU stop being friends with HIM.  Don’t do it dramatically.  Don’t let him know that you’re ‘not friends anymore.’  Just don’t ever call him again, or invite him places.  Be pleasant when you see him/speak to him, but don’t linger over conversation and keep it light. 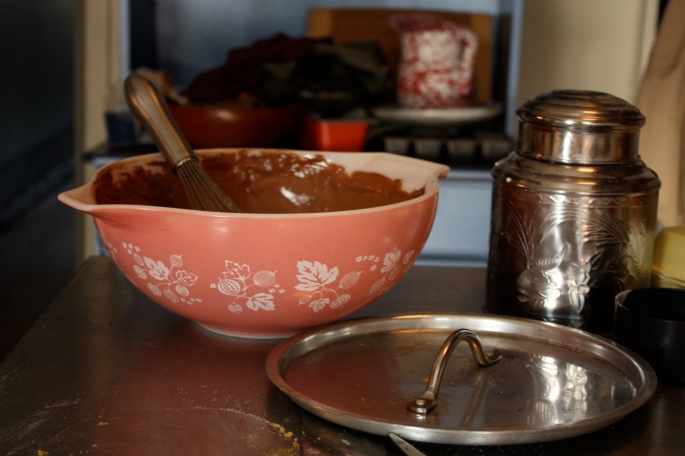 Sure, a teacher/musician is probably your dream guy (sounds pretty good to me too…), but don’t forget that those things are just professions.  What makes a relationship is how the guy treats you.  He hasn’t treated you well since date three.  Ditch this guy.  Don’t even be his friend.
It seems like he’s enjoying what he’s doing to you, doesn’t it? He is.  That’s how sociopaths operate.  Write him off.  He’s a sucker, and you’re getting out.

He’s got to go.
Maybe someday you’ll find a generous way to be friends with each other.  As for now, he’s hurt you and you can’t afford to let him keep doing that.  He will.  He’ll keep using you and taking advantage of your generous nature.  Walk away.  Please walk away?
I love you, kiddo.
Michael

One thought on “One Long Letter”