I ran into an old friend of mine.  I haven’t seen him in years, even though he only lives 7 or 8 blocks away.  He’s a sweet guy.

This is Anthony.  He’s an artist.

He lives in East Williamsburg.

It’s how he makes his money.  He’s a gay role model.

He wanted to come over and bake quiche.  Sounded good to me.

Anthony is a vegetarian.  We made a broccoli, mushroom, and green pepper quiche – with spicy jack cheese. 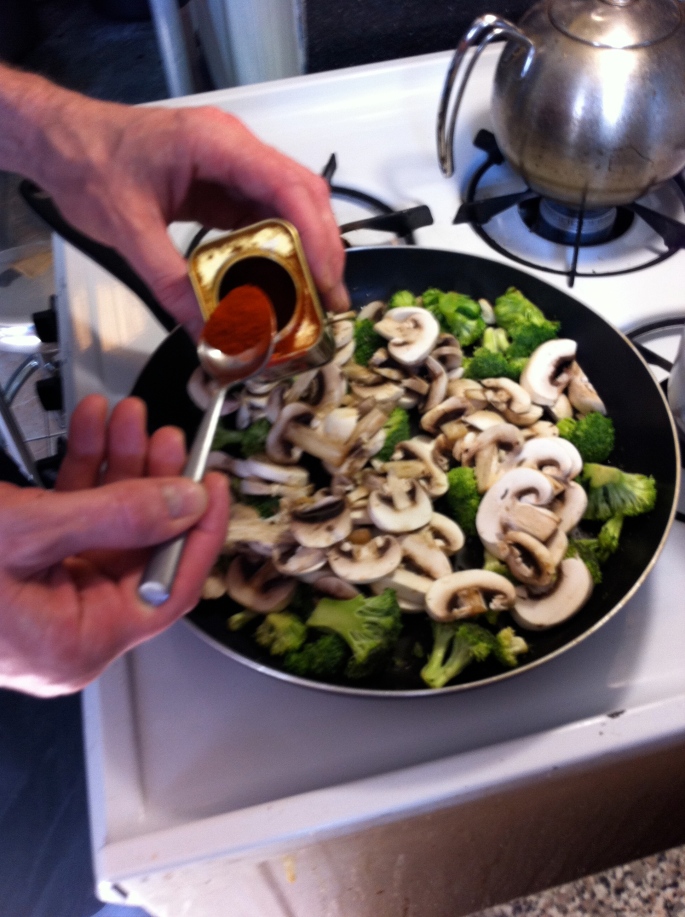 We spiced the veggies with Smoked Hungarian Paprika as they broke down in the skillet.

Then we spontaneously took our clothes off.

I know what you’re thinking.  Spontaneously?

You’re right.  It was  totally contrived.  Sue me.  Wait.  Don’t.  People have already threatened that. 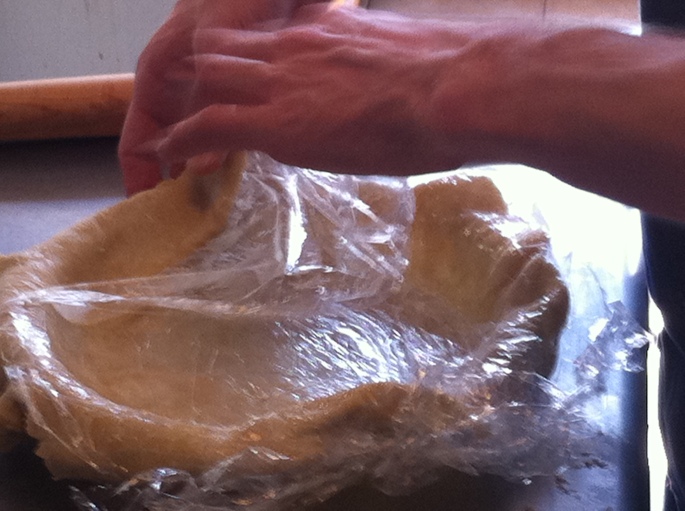 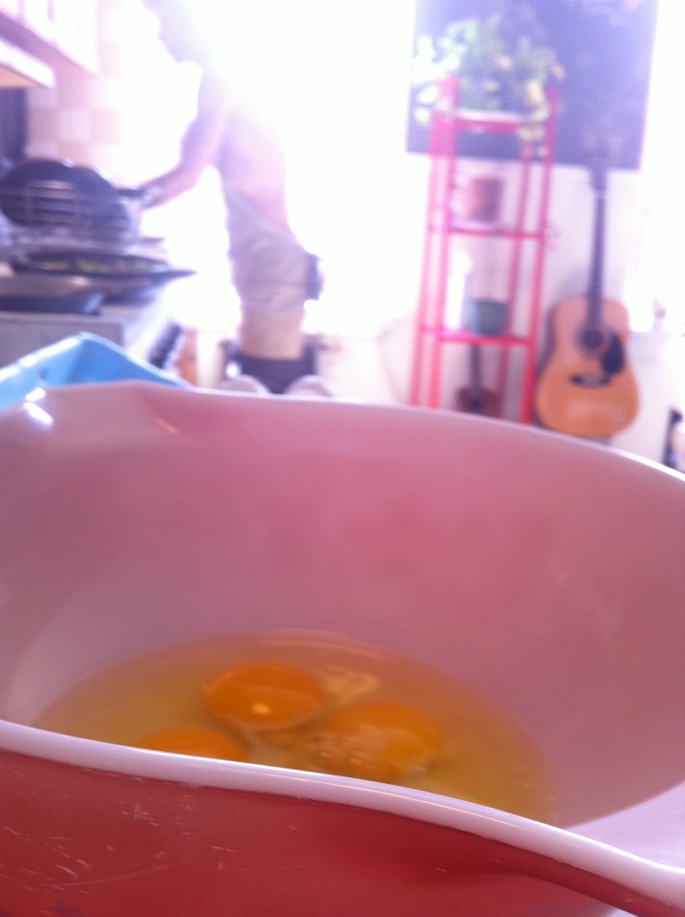 Anthony used to be a regular of mine when I worked Tuesday nights at R Bar.

I used to throw a fun party there.  The Pajama Party.

Everyone always forgot their pajamas.

So we ran around in our undies.

I asked him to draw something.

I have chalkboard walls in the kitchen.

People draw stuff, sometimes.  He drew that poor British child with the noose around his neck. 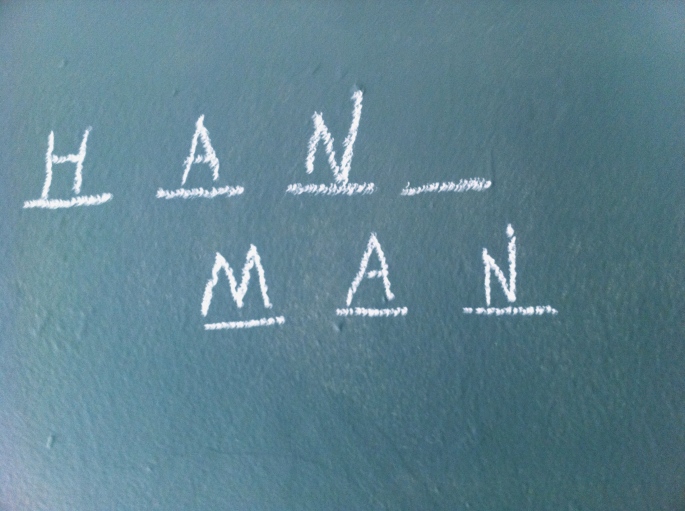 We had a great time.  He had to leave right after we took the quiche out.

He took a slice to go, and ate it on the way to his therapist’s office. 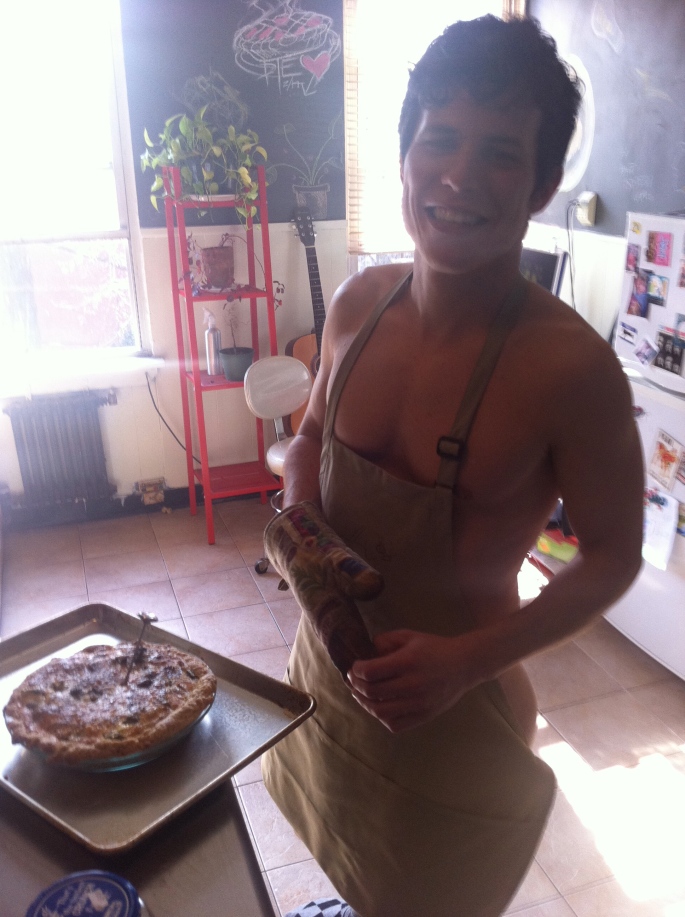 Anthony and I had fun.  It’s nice to see an old friend, and to hear they’re prospering.

Please enjoy the photos, and remember to enjoy the quiche.  Jerks. 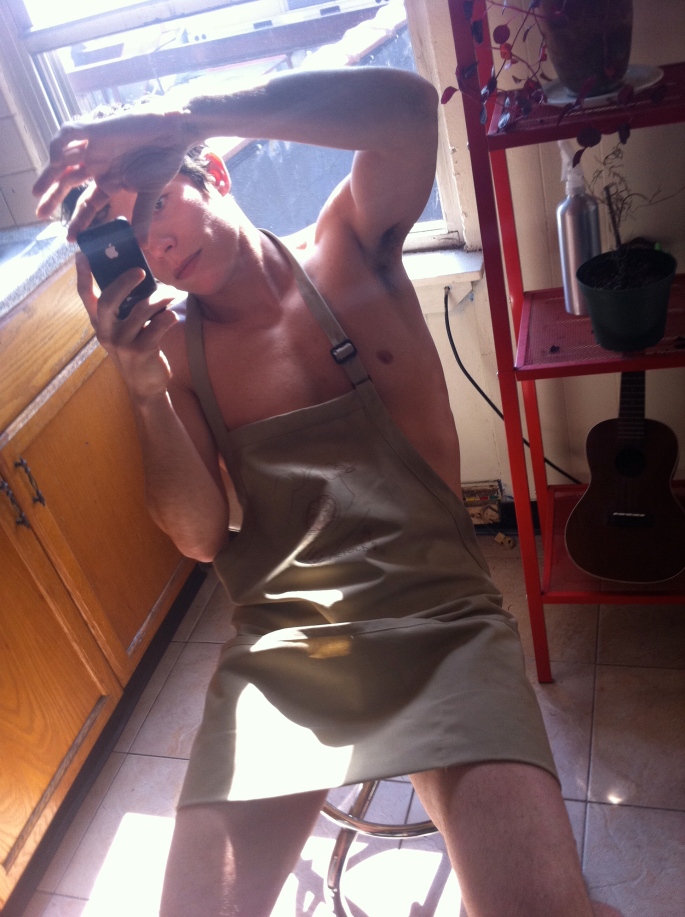 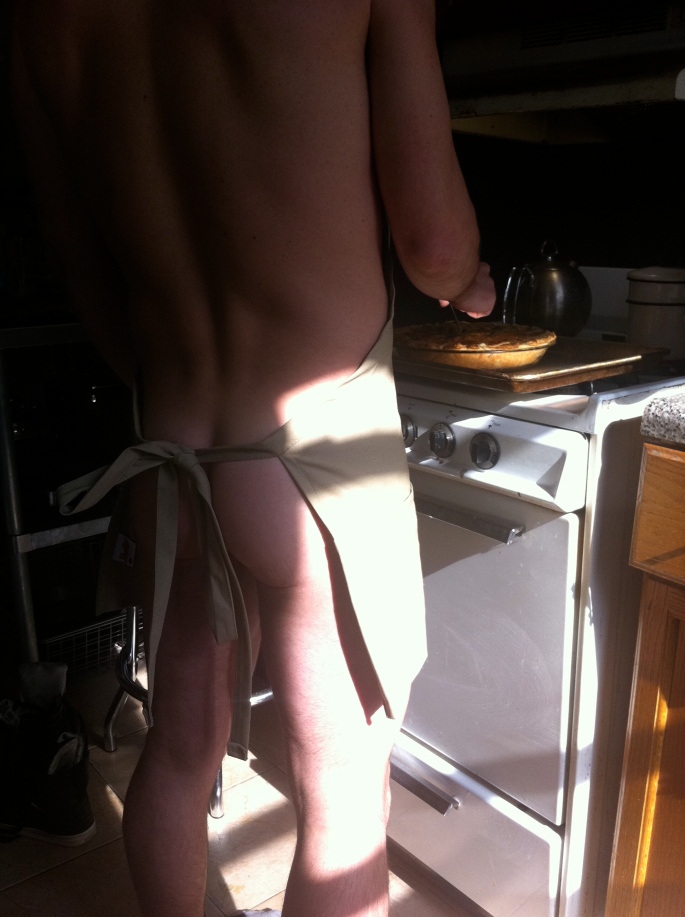